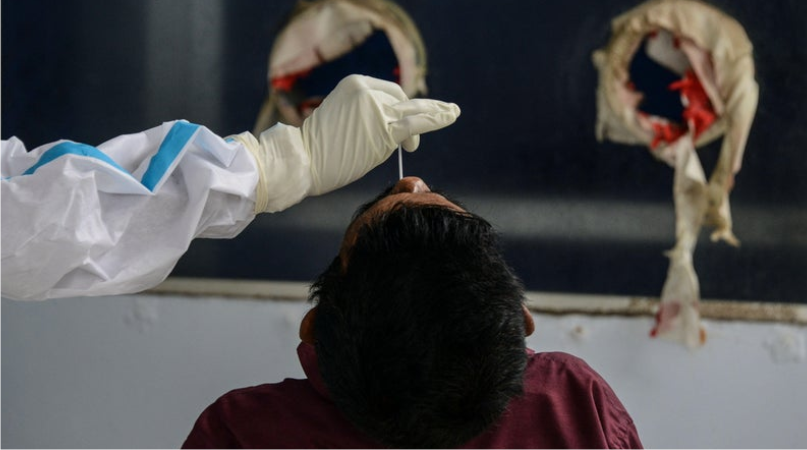 COVID Relief Donations Are Supporting a Project to “Hinduize” India

Why are Twitter, Microsoft, and Google promoting a charity with ties to right-wing nationalism?

As the world has become more aware of India’s still-grim COVID crisis, concerned and well-meaning citizens of the world have shared links through which to donate money and supplies to India’s beleaguered populace and overcrowded health and funeral services. One of the most popular of these has been a group called Sewa International.

According to the organization’s press releases, Sewa’s “Help India Defeat COVID-19” media campaign has raised millions of dollars from more than 100,000 donors since late April, with this money going toward purchasing and sending oxygen concentrators, oximeters, and other essential equipment to India, which is grappling with a dire shortage of these technologies. The organization has also raised money and sent equipment for COVID relief in Nepal and Trinidad and Tobago.

Sewa’s initiative has become well-known within and beyond the Indian diaspora: Stories of distraught Indian Americans encouraging Sewa donations have proliferated in the news, and outlets like ABC News have highlighted Sewa’s work. Twitter CEO Jack Dorsey earmarked $2.5 million for Sewa as part of a $15 million donation for Indian COVID relief. Internal communications provided to me by a source showed that Microsoft and Google encouraged their employees to donate to Sewa and offered matching funds, in Microsoft’s case through the donation-management platform Benevity. New Jersey’s Monroe Township partnered with Sewa to provide India aid, while the American Association of Physicians of Indian Origin, the largest organization representing Indian American doctors, also held a fundraiser for India with Sewa. The group also has partnered with the U.S. Federal Emergency Management Agency to ramp up domestic vaccination efforts in both Philadelphia and Texas, where Sewa’s U.S. branch is based.