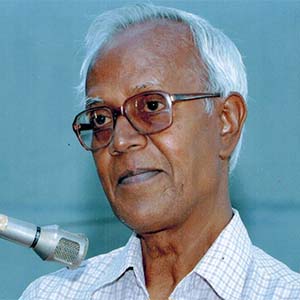 On July 5th, 2022 – the first anniversary of the custodial murder of Father Stan Swamy by the Indian state – the United States House of Representatives introduced a Resolution (H.Res 1219) “Honoring the life and legacy of Father Stan, a prominent human rights activist who died while in custody of the Indian state on July 5, 2021, and encouraging India to pursue an independent investigation into his arrest, incarceration, and death.”

Introduced by Representative Juan Vargas (D-CA), with co-sponsors Representatives James McGovern (D-MA) and Andre Carson (D-IN), the resolution calls on India to investigate the circumstances that led to his death, noting both the extremely dubious grounds on which he was arrested and incarcerated, as well as the horrendous treatment he was subjected to in prison. H.Res 1219 points out that Father Stan played a leading role fighting for the rights of the underprivileged, notably Adivasis who face displacement, persecution and brutal violence at the hands of the Indian state. From the Pathalgadi movement, to the implementation of the Panchayat Extension to Scheduled Areas (PESA) Act, or the Forest Rights Act of 2006, to fighting for and ensuring the implementation of protections for Adivasis under the Land Acquisition Act of 2013 “which guaranteed the right to fair compensation, transparency in acquisition, and required the assent of the community via its self-governance group called the gram sabha.”  Further, H.Res 1219 notes that Father Stan led the struggle to defend the rights of Adivasi activists incarcerated for protesting against the government’s land acquisition policies, and filed a case on behalf of 3,000 imprisoned Adivasi youth.

His life-long commitment to the rights of the underprivileged also resulted in a voluminous body of written work, with “over 70 books and booklets regarding the socioeconomic and cultural circumstances of the Adivasis in Jharkhand, their rights to development, and the violence perpetrated against them by agents of the Indian state.” His subsequent arrest, incarceration, and eventual demise resulting from the same was all the more shocking when it was revealed by digital forensics investigations that the evidence used against him was part of a wider effort to hack the computers and devices of several activists in order to incriminate and incarcerate them under the aegis of draconian anti-terror laws.

With the introduction of H.Res 1219, it is becoming clear that the Indian state’s efforts to crush brave voices like that of Father Stan’s will fail. Justice and truth will prevail, and the powerful vision and example of Father Stan Swamy will continue to guide the struggle for justice in India.

Read H.Res.1219 – Honoring the life and legacy of Father Stan, a prominent human rights activist who died while in custody of the Indian state on July 5, 2021, and encouraging India to pursue an independent investigation into his arrest, incarceration, and death.