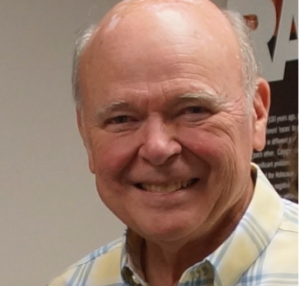 Dr. Gregory Stanton is the founding president and chairman of Genocide Watch, an organization which seeks to “to build an international movement to prevent and stop genocide”. A former recipient of the American Foreign Service Association’s prestigious W. Averell Harriman Award, Dr. Stanton is also the founder and chair of the Alliance Against Genocide, the world’s first anti-genocide coalition. His document, detailing the ten stages of genocide, is now widely used as a marker by organizations and governments across the world.

He has been in the news recently, speaking out at Congressional hearings about the alarming situation in India in this regard. Here, Dr. Stanton shares the history of his organization, and his views on how to counter genocidal threats, in a conversation with ICWI’s Rana Khan.

There were two turning points which led to my resignation from the State Department and subsequently setting up Genocide Watch. One was the inherent hierarchical nature of the organization which proved to be increasingly frustrating, and the second concerned the Rome Statute in 1998, the founding treaty of the International Criminal Court. Not only would the ICC have centerstage in  judicial proceedings, but it would also give voice to victim survivors and implement court-ordered reparations to them through its Trust Fund for Victims. The ICC was instrumental in setting up the Cambodian Tribunal and hence can be used effectively.

When the United States voted against the Rome Treaty, I was very disappointed. Earlier too I had made my dissent known against the US policy on the Rwandan genocide of 1994.  I had also been part of the Cambodia Tribunal and had close knowledge of the horrors perpetuated in that country. I began to research and found that there were no organizations that were dedicated to preventing genocide. America’s rejection of the Rome Treaty made me realize that there needed to be a mass movement towards raising awareness and justice on this issue. I resigned in early 1999, and then joined an organization in Washington to get President Clinton to change his mind and sign the Rome statute. He did it, at the very last minute, but then President Bush ‘unsigned’ it. Genocide Watch came into existence the same year.

No, it is not inevitable at all. Our objective is to warn about the stages as we observe them, and so it is in this case. India has a working constitution, and there are many checks and balances. I have lived in India briefly, when I was at the Indian law Institute in New Delhi, and I feel that there can be effective resistance to those processes even now, at this stage. Despite the efforts of the government, civil society in India is very strong. Look at what the farmers did through their year-long resistance, they stopped the government from going ahead with its farm laws.

India is the country where non-violent resistance was born. Martin Luther King Jr. learnt from Gandhi and brought it to the States, in the civil rights movement here. It is one of the most effective ways to resist a system based on tyranny, because otherwise violent action will almost always result in a predictable reaction of violence and incite mob violence rather than state violence. We have come to understand the genocide process more clearly, and how to resist it effectively. We must counter it at each step, through loud resistance, through lawsuits.

It is true that in a system of discrimination even courts will not work perfectly, but they will work. We have to do with what we have got. If you have a home minister terming Muslims as ‘termites’, then one must call him out loudly and forcefully, to inform him that what he is doing is inciting further violence. For instance, we have been observing the processes unfold in Assam, where the effort to classify the Muslim population as illegal and deport them is underway. It is reminiscent of what happened to the Rohingyas, and we have to be vigilant and do what we can to resist it.

Simply put, the Global Magnitsky Human Rights Accountability Act of 2016 authorizes the US government to implement sanctions, in response to a serious human rights abuse, or corruption against any person, regardless of their status. This could  include  foreign leaders or those officials who attempt or assist these activities in any way. The Global Magnitsky Act also allows the President to block or revoke U.S. visas and to block all US-based property and interests in property of foreign persons (both individuals and entities) who have engaged in extrajudicial killings, torture, or other gross violations of human rights against individuals who seek to expose corruption or any illegal activity  or are being victimized in their pursuit of internationally-recognized freedoms like the freedoms of religion, expression, association, and assembly, and the rights to a fair trial, amongst others. The Act also can sanction corrupt officials. It is significant to note that individuals who have assisted or acted on behalf of human rights abusers can also be sanctioned.

USCIRF is understandably frustrated. Of course, Indian and business interests will push back against its recommendations. The Rashtriya Sevak Sangh ( RSS)  has been advocating  Hindutva which is a genocidal ideology. We have seen what happened in Germany in the 1930s because of a similar ideology. What can be done to counter it is to put diplomatic pressure on India’s Prime Minister, which could act as a deterrent. Foreign leaders can put it across to India that the world is watching it closely. We have to understand that foreign intervention as such cannot happen, because that would be counterproductive. Given the reality of geopolitics, the best strategy would be to attack the problem from inside.

ICWI and its allies can bring the situation to the urgent attention of the lawmakers in their respective countries. Congressional hearings such as the one I attended, and some more planned for the near future are very productive, as the advocacy then reaches the people who make actual policy. Governments are not monoliths; policy makers are human beings and hence the personal approach does have results. In general, diplomatic pressure exerted on the Indian government, through lobbying and campaigns that help to spotlight the issue, would yield positive outcomes. Another idea would be to provide intellectual analysis of the situation and put facts into context for more impact. Misinformation must be countered too. All these actions and advocacy take time, but it will have results too.

I often think back to the issue of racism in America. I grew up in a small town in Illinois, at the time when segregation in society was the norm. I learnt so much from my father who as a pastor, successfully challenged the rules, and I too worked for the civil rights movement in Mississippi, registering voters amongst other things. My dad made me realize that economic factors can force lawmakers as well as ordinary citizens to rethink rules and do the right thing. Additionally, moral force can be assertive and  have an impact too. In the US, things have changed, but they have not changed enough, and of course Trump’s presidency brought the underlying racism and discriminatory practices  to the fore. Sadly, we have a long way to go to address the present inequities in society. 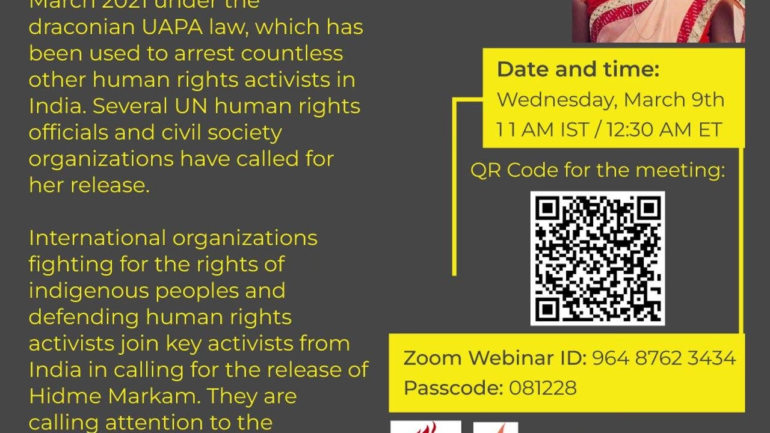