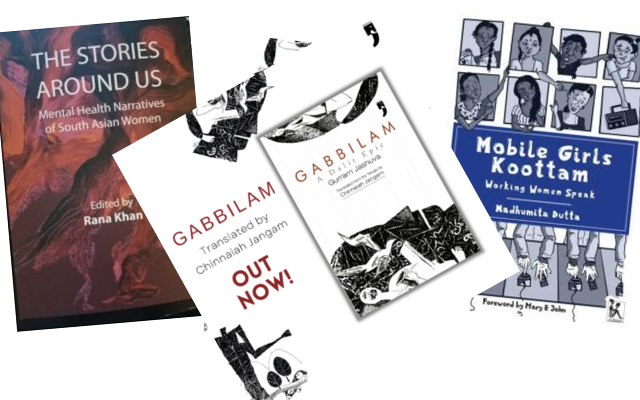 Here are three excellent new works by ICWI’s members! The Stories Around Us, by Rana Khan, focuses on how South Asian communities in Toronto, Canada grapple with the challenges of mental health. Ten South Asian women shared their stories that offer glimpses into various facets of mental health, but at the same time reveal the common struggles and challenges faced by them. Dr. Chinnaiah Jangam has translated Gabbilam, a highly regarded classic written by Gurram Jashua, the Father of modern Dalit Telugu literature. As Dr. Jangam notes, “With an untouchable whose rebellious spirit questioned the legitimacy of Hindu Brahmanical ideology cast as its hero, Gabbilam’s revolutionary intervention subverted the content and form of the classical Telugu literary sphere. It was a socially and politically relevant text because in it, Jashua also engaged with anti-colonial nationalism and other issues of his time.” Finally, Dr. Madhumita Dutta’s new book Mobile Girls Koottam chronicles the everyday experiences and lives of young women – rural emigres – working in the electronics industry in Tamil Nadu’s Kancheepuram District. The work beautifully captures – through conversations and with rich illustrations, their “lives as working-class women, the nature of their work, and their dreams, each from her own unique and nuanced perspective.” 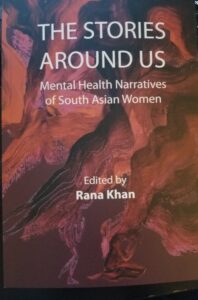 The Stories Around Us

Mental health issues are on the rise amongst the South Asian community in Toronto, Canada, and this anthology (compiled and edited by Rana Khan) highlights the lived experiences of ten South Asian women. Their narratives give readers a glimpse into some of the challenges of mental-health issues faced by community members. Rana ( who includes her own story of battling with anxiety and depression after two cancer diagnoses) hopes that by putting out these stories in the open, readers will be encouraged to share their own experiences and initiate conversations around mental health. The stigma and silence that surrounds this issue needs to be broken, and this book hopes to do just that by offering support and encouragement to those “whose own stories may have gone unheard”.
The book has been envisioned as a resource for the South Asian community, mental health professionals, and women’s organizations , and isn’t for sale. However, those interested could request a pdf version, by sending an email to anthology20rf@gmail.com.
Born in India, Rana Khan describes herself as a “twice-migrated”. After two decades in the Middle East, she moved to Toronto, Canada in 2008. Writing has been both a shield and a mirror for her diverse life experiences, and she believes in’ being the change one wishes to see in this world.’ 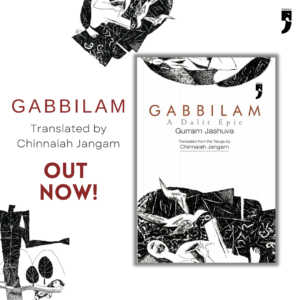 Gabbilam, written by Gurram Jashuva, the father of Dalit literature in Telugu, is the first Dalit text written in classical Telugu in a poetic form close to the Sanskrit meter.

Related work by Prof. Jangam: Desecrating the sacred taste: The making of Gurram Jashua—the father of dalit literature in Telugu. 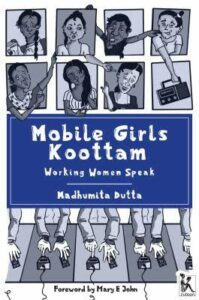 A humorous chronicle that explores contemporary media in the lives of Indian working women.

In 2013 Madhumita Dutta, a doctoral student, went to do research in Kancheepuram district, Tamil Nadu. There she met Kalpana, Abhinaya, Satya, Lakshmi, and Pooja—all women working inside an electronics factory. In the women’s rented room, they would gather regularly over the next year, drinking tea, chatting, and producing a radio podcast: Mobile Girls Koottam. [more] 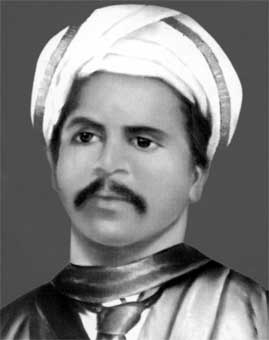 May Day – M. Singaravelu and Madras, 99 years ago.