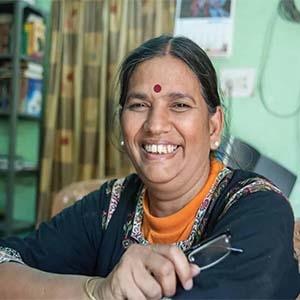 Sudha Bhardwaj provides a sobering analysis of the state of affairs plaguing the Indian working class, 75 years after independence.

The silence of the government in responding to the demands of the working class is deafening.

Excerpt: “Today, in a time when only a tiny percent of the working people are unionised, and various sections of the unorganised sector are struggling to get specific laws passed and implemented in their favour – notably the construction workers, domestic workers, safai karmacharis, hawkers – the Central government has chosen to bring in four Labour Codes replacing 46 existing labour laws. Almost all unions across the political spectrum including on many occasions the Bharatiya Mazdoor Sangh affiliated to the BJP, have expressed apprehension regarding the impact of this enormous sea change of legal regime.

Forming a trade union has been made more difficult; the concept of a permanent worker or a Principal Employer have been abolished – now there will be term contracts and the contractor will be the employer; a vaguely defined floor wage (can anything be less than a minimum?) has been suggested; the requirement of maintenance of several kinds of registers and inspections has been done away with and replaced by self-certification; and trade unions will no longer have access to balance sheets to negotiate bonuses. A Joint Platform of Trade Unions called for a general strike on March 28-29 which many independent unions also supported. The demands were for scrapping the four labour codes, opposing privatisation and the National Monetisation Pipeline, supporting the demand for MSP for the farmers, enhancing the minimum wage etc. Though around five crore workers in the coal, steel, banking, postal services, copper, oil sectors did indeed strike work, the silence of the government is deafening.

Alas Sisyphus, the stone has to be rolled up all over again. But be sure, it will.”