We Stand with The Wire

We are writing as diasporic Indian organizations and allies to express our solidarity with The Wire. We strongly condemn the witch hunt to which they are being subjected by the state. This is a grossly disproportionate and politically motivated response to the filing of cases of cheating, forgery, fraud, defamation, and criminal conspiracy against them by Amit Malviya, who heads the ruling BJP’s National Information and Technology Department and leads their social media cell.

Malviya’s complaint is connected to a series of reports carried by The Wire that raised serious questions about the political control of the social media company Meta by individuals purportedly connected to the Bharatiya Janata Party (BJP). Once it became known that some of the sources in that report relied upon by The Wire were not authenticated, it followed professional standards and duly carried an official retraction of the story on October 23, 2022. It also apologized to its readers and launched an independent review. That the case was filed and the raids carried out after and despite their official retraction of the story based on their acknowledgement of discrepancies suggests that the FIR and the subsequent raids were nothing but an attempt to publicly and dramatically demonstrate the state’s power to intimidate and silence journalists who dare to question it.

The details of the story and who is ultimately culpable are not relevant here. Nor is the question of the publication’s editorial standards. For, neither of these are grounds for what has since happened – multiple police raids by the Delhi Crime Branch, the seizure of electronic devices from the homes of The Wire’s founding editors, Siddharth Varadarajan, M.K. Venu, and Sidharth Bhatia, deputy editor Jahnavi Sen, and business head Mithun Kidambi in Delhi and Mumbai, and a search of The Wire’s office in Delhi where police officers physically pushed out lawyer Shadan Farasat while seizing the devices.

Egregiously, the phones and laptops of the four Wire editors, the accountant, and the business officer were seized without being sealed and without provision of the hashtag value by the authorities for the seized devices at the time of the seizures. The hash value is the single most important forensic evidence that captures the total state of the electronic devices at the time of seizure. It allows for forensic experts to determine whether any tampering of the device took place after seizure. In short, the hashtag ensures the integrity of the stored data. Given the emerging evidence around electronic surveillance and the reports of planted and ‘fabricated’ evidence used to implicate political prisoners such as the Bhima Koregaon 16, we are highly concerned about any claims by authorities based on the data on the above devices. Given that seized devices contain sensitive information, including financial information, there is the possibility of further vilification of the outlet. The Wire has since noted its demand for the hash value to be shared immediately.

The raids on The Wire are part of an ongoing deterioration of journalistic and press freedoms in India. In recent years, police have raided and seized devices of almost every organization that seeks to remain independent in its research, journalism, or advocacy: Newsclick; NDTV; Amnesty International; Centre for Policy Research; Vanvasi Chetna Ashram; Citizens for Justice and Peace; and of course those accused of ‘anti-national’ activities such as the Bhima Koregaon 16 or those protesting the CAA / NRC. In all these cases, either the Enforcement Directorate has been involved, invoking allegations of money laundering or abuse of the Foreign Contribution (Regulation) Act (FCRA), or the case has been pursued under anti-terrorist legislation such as the Unlawful Activities (Prevention) Act (UAPA). Since neither would apply to The Wire as it does not accept foreign donations, a case of criminal defamation, forgery, and cheating has been made the excuse, even though such a charge does not provide any justification for a raid on premises or for the seizure of devices.

In this context, it is useful to remind ourselves of The Wire’s achievements and what it stands for:

The Wire has gone on record to honestly acknowledge its mistake and has committed to a full inquiry. This is more than many well-established outlets have done when they have their facts wrong and speaks further to The Wire’s strong sense of accountability to its readership.

As we watch democracy in India under attack from every direction, we are acutely aware of the costs of losing one of our few remaining independent media voices.

We demand that the Delhi police stop their persecution of The Wire, drop all charges against them, and return their seized devices forthwith. 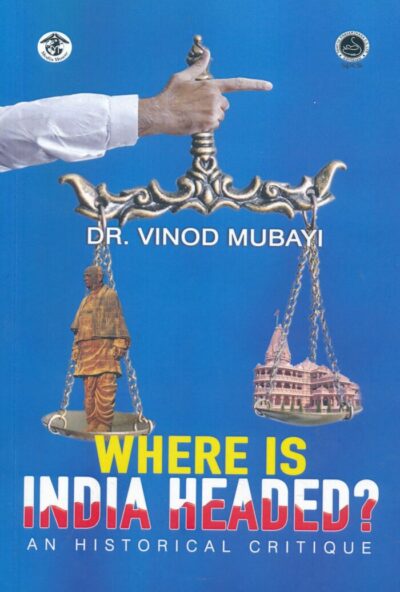